The original Marbury School was established in 1910 in the Marbury community and employed three teachers. By 1917, a building for the school had been erected and the population had increased to seven teachers and fifty students. The grammar school located near the cemetery burned in 1919, which was the same year that the high school became accredited. In 1930, a new high school was built where Marbury Middle School is currently located and later in 1934 the building was expanded to accommodate grammar school students. The grammar school students had previously attended classes on the second floor of the bank building. Many students walked to school and others rode the train. On March 3, 1993, a tragic fire destroyed the sixty-three-year-old school building. A new school was built in the same location to house Marbury High School and Marbury Elementary and opened in September of 1994. In 2008, plans began for the construction of a new facility to house grades nine through twelve located on Highway 31 near Pine Level Elementary School. In 2009, Marbury Middle School was established within the same building as Marbury High School. In May 2010, Marbury High School held an open house in the new facility and held its first graduation. In May of 2011 there were 85 graduates and the school has continued to grow.  In May of 2018, Marbury High School had 113 graduates.

The Mission of Marbury High School is to provide educational opportunities in a safe, caring, and productive learning environment in which each child will develop a lasting sense of self worth and a joy for learning.

MHS not only stands for Marbury High School, but it also stands for our vision statement and motto for our school which is: Motivation + Hardwork = Success

I am a productive, active member of Marbury High School

As a member of this institution, I believe that motivation plus hard work today will equal success tomorrow.

I believe in a good education, which is the gateway to my future accomplishments. Without it, I shall be lost.

I will set my mind to the tasks at hand and work harder today than I did yesterday.

Not only will I strive to achieve greatness within myself, but I will also strive to help my peers accomplish this as well.

My path at Marbury and in life will depend heavily upon my attitude and actions. May they be honorable.

I will strive to create and atmosphere of unity amongst my peers so that we may work together to solve problems inside and outside of the classroom.

I will be trustworthy, charitable, and caring towards my peers, my teachers, the administration, and most importantly to myself.

All of these beliefs I will uphold for I am a Marbury Bulldog!

You are expected to be successful

On Autauga's Northern border
Reared against the sky.
Proudly Stands our Alma Mater
As the years go by.

Forward, ever be our watchword
Conquer and prevail
Hail to thee our Alma Mater
Marbury High, All Hail! 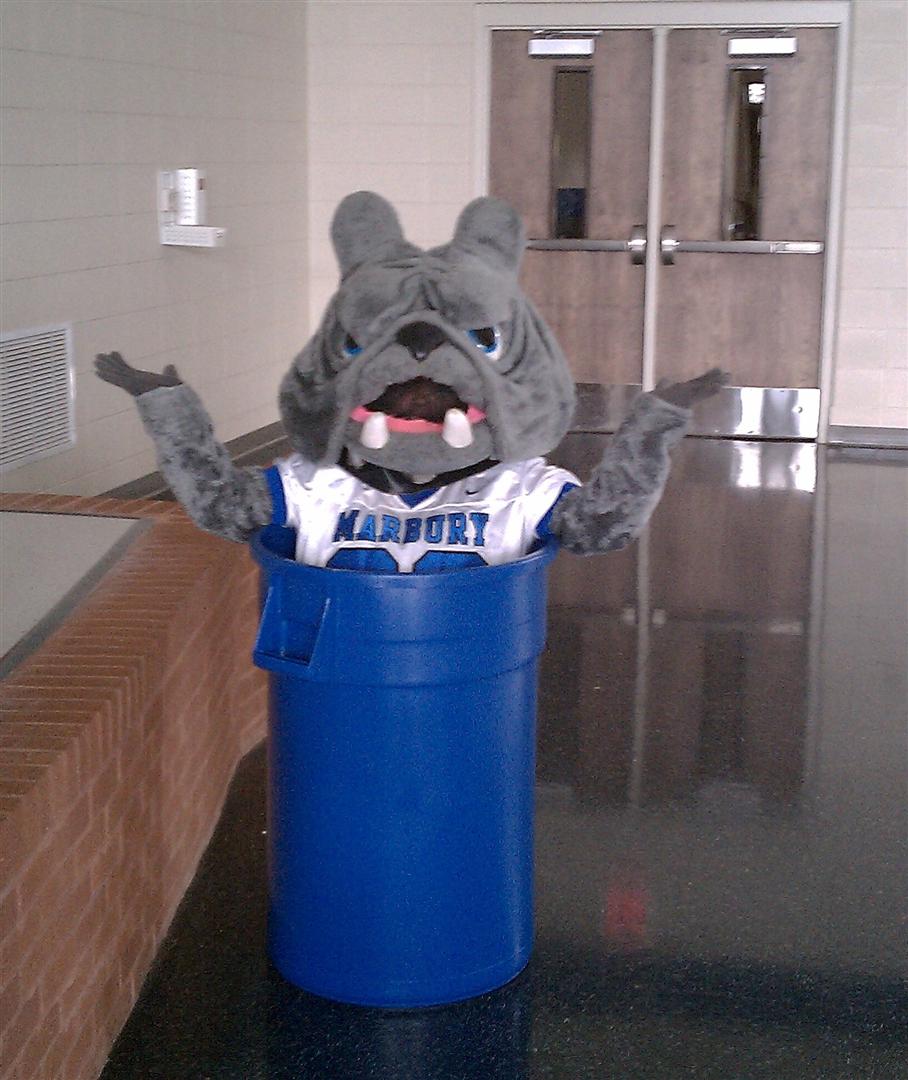